I've converted my old metal Chaos Dread to look more like this. 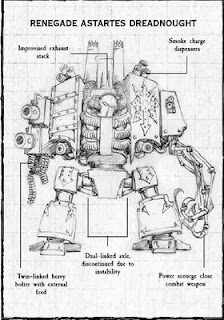 Here is a WIP of the converted mini. 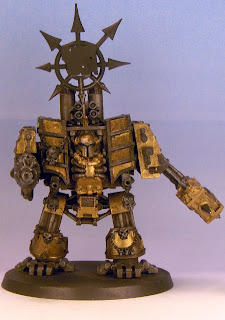 I always liked the Obliterator concepts put forth by the GW design staff, but think the execution of the minis is really poor. Both stock models look like they are crouching behind a bush taking a potty break.

I rate them an A- on concept and a D- on execution. I've seen some nice Oblits made from termies but it just didn't do it for me. I really like the massive frame of them in the original concept.

After seeing The Dark Apostle's Oblits that he stood upright ages ago on the Bolter and Chainsword, I knew I wanted to do the same thing. Then I wandered away from 40K for a while and my whole Chaos army sat collecting dust. As fortune would have it when I make my return to 40K just as TDA finished a tutorial for making upright Oblits. This was exactly the fuel I needed.


So here is the first completed Obliterator! 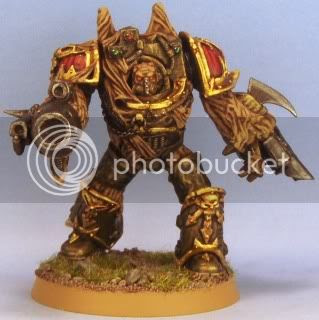 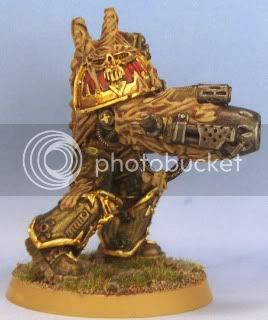 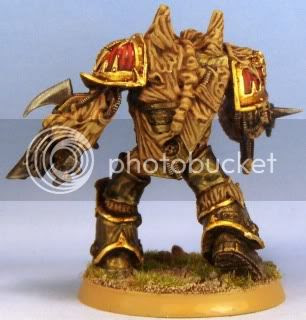 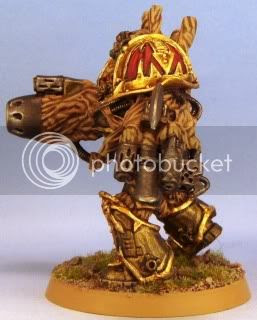 I have just started a second Obliterator. 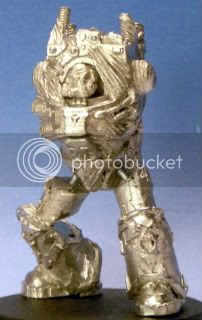 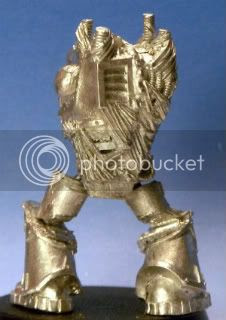 I killed the previous Background post as I have refined it and moved away from common background mistakes. I've tried to format it more like an IA article.

"Abandon hope for I am Death Incarnate" -Krug the Beheader 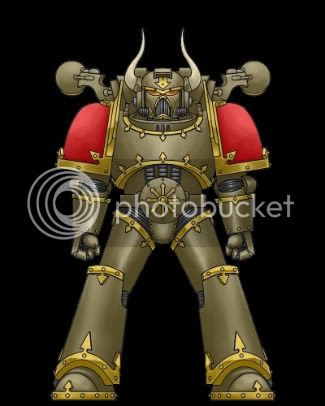 Midus Krug, Captain of the World Eaters Seventeenth Great Company, took the failings of the Heresy bitterly. Outraged about being forced to retreat from the Walls of Terra only to hide like dogs in the Eye of Terror. What struck deepest was the slow decent of his Legion. Though the World Eaters were never famed for their professionalism, their conduct or combat tactics, to those within the Legion, there was a core of pride and honour within combat. The Legion's embrace of the Chaos God Khorne had removed all such valour and turned the World Eaters into bloodseekers and madmen.

Watching the infection of Khorne enter the ranks of the Seventeenth, Krug decided action was required. Removing his forces from the Legion's fleet, he risked the lives of his brothers to make sure they would not become the fools that his Legion were to become. His actions were gratified when news of the slaughter upon Skalathrax. As the rest of the Legion turned upon itself, the Seventeenth headed deeper into the Eye of Terror.

Coming upon the daemon world of Terkerak, they faced their first battle as an independent force. Krug took the planet by rights of conquest, slaying its former lord, Malekhi, in single combat. Exploring the temple Malekhi had formed for himself, Krug found many passages scribed on the walls about 'reaping souls for the Lords of Chaos'. Believing a greater power than fate had lead him here, the Seventeenth would forever be known as the Soul Reapers. The texts within the temple told how Malekhi had managed to come to power and he planned to further it; the artifacts of Salmora. Seeking the authority to reunite his Legion and destroy the foul Imperium, Krug left his new domain in search of Salmora.

Using the cover of Abaddon's First Black Crusade to sneak past Imperial defences, the Soul Reapers have been taking a bloody course across the Imperium till this day. Over time, members of other Legions and Renegade chapters has joined the ranks of the Reapers, swayed by the power Krug promises them. 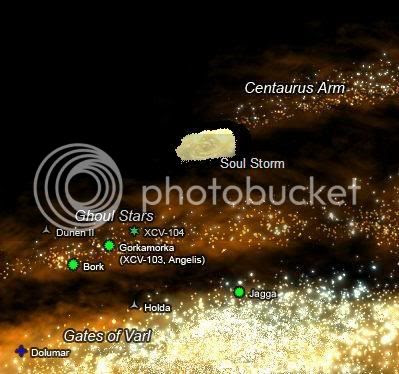 In their quest to find Salmora the Soul Reapers stumbled across a warp storm located on the North Eastern Fringe near the Ghoul Stars. They named it the Storm of Souls, it is outside of Imperial shipping lanes it is the perfect place to coordinate their search.

Inside the storm their fortress is located on Ehdan a planet covered in ruined cities whose only residents are hordes of mutants, they are all that’s left from the original population. On a large island in the southern hemisphere they found abandoned forges dating back to the dark age of technology. This has been fortunate for the Soul Reapers as they have been able gain favor with the Dark Mechanicus and Obliterator Cult.

Most Soul Reapers prefer to use bolters to lay down a withering hail of fire to suppress their enemies. Once the enemy is suppressed, squads of Raptors screaming from the skies or whirling Berzerkers are sent in to clear them out. It is a brutal combination that devastates all but the hardest opponents.

They also make great use of teleportation attacks sending their Chosen Terminators in the midst of the enemy at every opportunity.

The Soul Reapers believe the only way to exact their ultimate revenge is the find the Salmora artifacts. Once they have them they know that their Lord will unite the Legions and lead them to victory over the Imperium.

They have made several alliances with few of their former brothers. Even with these alliances they are always careful when dealing with their fallen Brothers. As they loathe them almost as much as those who still serve the Emperor.
at March 17, 2009 No comments: