Get 'em while they are hot!

A newly revised and updated Special Operations: Killzone Core Rules and Errata is available for download. These revisions and updates improve on the basics of the Killzone dynamic, but also account for the player feedback about extremely modest hiccups that were encountered over the last year, as well as bringing all the new codices into line.

The revised ruleset includes revisions to: wargear, skills, overwatch, team selection, themes, deployment, mission points, victory conditions, and much, much more. We have worked very hard to hone the dynamic, and I am quite proud of where we are.

The revised errata include new lists for the Grey Knights, Sisters of Battle, Necrons and a special operations team for the Inquisition.

Also outlined is an entirely new card system that includes deployment options, primary missions, secondary missions, tertiary missions and rounded out by the wildly cinematic fate dynamic. We have rolled the Missions into the Core rulesbook.(The card decks will follow shortly.)

To download the files follow this link to the TCP Killzone page you want the V2 versions of the PDF's.
Killzone Downloads
We have left up the old V1 cards, missions book and Adepticon 2011 missions for anyone that may want to have them.
at November 26, 2011 2 comments:

Brian and I have been hard at work on the next version of Killzone. We have hashed almost everything out and editing and formatting is about it. We have updated the rules and missions. We have finally got all the FAQ's done for all the codices; Grey Knights, Sisters of Battle and Necrons. We have even included a specialist Inquisition henchman list out of the GK codex. 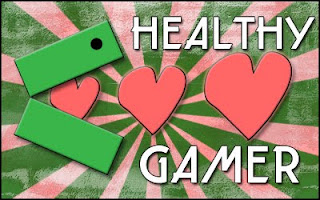 It's been another two weeks so time for another update. I have hit a plateau on the weight loss side of things, as I have lost none in this cycle. Now that is always to be expected when losing weight so I am not worried one bit.

So I will be changing up my exercise routine a bit in the next two weeks. I'll still be walking, although the weather has forced me indoors on the trusty old treadmill. I will be adding some light weight lifting to help firm and tone in the areas I have lost in, so I don't end up with any saggy areas. This will also increase the amount of exercise that my body is doing and should spur my body back toward burning more calories.

Email ThisBlogThis!Share to TwitterShare to FacebookShare to Pinterest
Labels: HGC

Hey guys sorry for any inconvieniences but I have removed the links for the Killzone PDF's. So that there is no confusion for the 2012 Adepticon Killzone participants.

Brian and I are hard at work on an update to the system including a few long overdue Errata updates. Sorry for the delay life has gotten in the way.

We should be able to have these up in the next 7-10 days, so keep your eyes out for them.