Making bases for the Reapers


When the Soul Reapers were replaced Mr Justin at Secret Weapon Miniatures donated bases for the rebuild. To which I am very grateful for, however since that time GW has moved Marines from 25mm bases to 32mm bases; I would just purchases 32mm bases from him as replacements however I am totally strapped for funds right now, so have decided to make my own replacements.

I am using Sculpey clay to sculpt the base tops; Sculpey is a work into shape clay that you bake to harden once ready. Here are the initial test bases raw and cut to size. 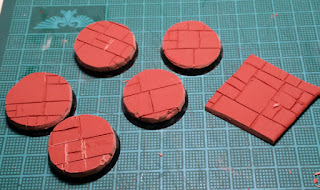 Here are the same bases painted with some WiP Reapers on them.

Here are a couple compared to a 40mm SWM resin base 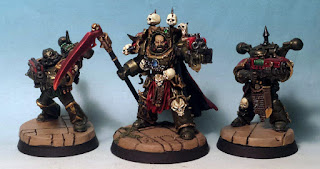 They are a little rough, the next batch will be a bit thinner with crisper lines, but they will work very well in the long run.

Lord of the Reapers Table Ready


The Soul Reapers rebuild is officially under way, as last night I finished up painting my conversion for Krüg the Beheader the Warlord of the army. 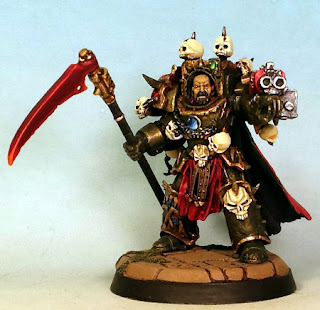 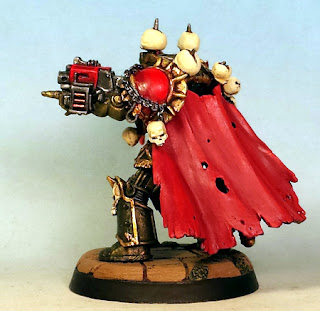 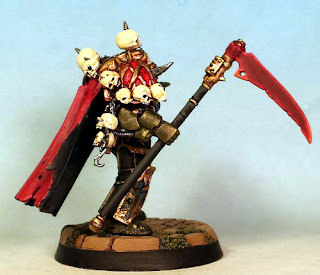 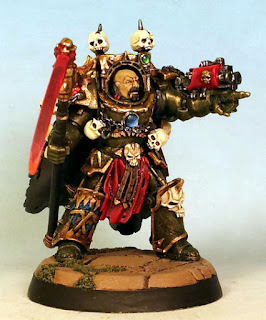 My buddy even made a Datasheet with his narrative gaming stats 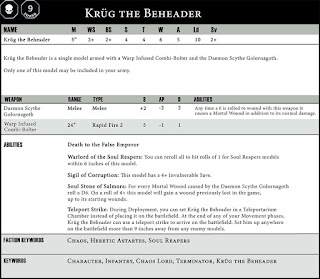 Next up will be a squad of Chaos Space Marines kitbased together from the Mk 4, Mk 3 and CSM model kits.


Hello to anyone still listening out there, I know it’s been a long bout of silence with small busts of static. I am going to try once again to start posting content, the last yeah has been the worst nightmarish year of my life and I need an outlet to post my thoughts.

The last time I posted was when I started my Horus Heresy era Space Wolves, the week after I posted my little sister died due to problems in child birth. This was horrifying and obviously derailed my hobby. I spent the next few months helping and consoling my nieces and nephew. The holidays were really tough as well, but we made it through sharing fantastic memories of my sister I cannot remember the last time we laughed so much at Christmas. It truly felt like things were finally turning the corner.


We had a fantastic New Years eve as well we even streamed with my Pop from his place in Panama. It was awesome filled with joy and laughter, we decided to make this a new tradition. Two days later it felt like the world was ending, we got the news that my Father had passed away. I still have numb days over this, my Pop was my rock and inspiration when It comes to the hobby and gaming.

My Dad started me off in this hobby young I was rolling dice for him by age 6 and painting minis by age 8, the thought of not participating in the wargaming hobby has never crossed my mind, it is a part of life for me just like breathing. It’s been 7 months I still keenly feel his loss, but it’s time to start gaming and painting in a serious way again.


I have plenty of projects I would like to complete to play games in my father’s memory. These span the entirety of history within gaming from the Ancient world to the jungles of the Vietnam War. It is going to be an emotional fun filled ride for sure.


On the positive side of things we now have a fantastic 40k gaming reboot with the release of 8th edition, I think it’s finally time to get the Soul Reapers rebuilt and painted. I owe this to the fantastic folks that contributed the models for it. In fact I have been painting the Lord of the Reapers and he’s almost finished here's a sneak peek! 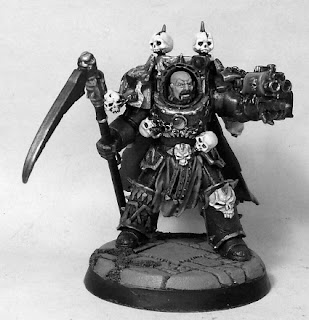