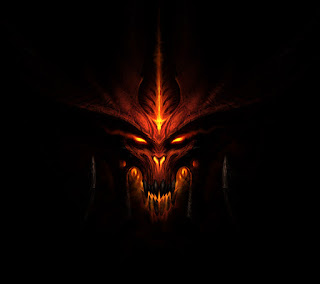 Hey guys, I am back from my holiday’s hiatus. For those that don’t know me personally part of the reason I have taken the time off was because I have been dealing with some health issues. I am recovering well and just this morning got released to a more or less normal living schedule.

During my time laid up I have not been totally out of the hobby. I spent quite a bit of time updating the Soul Reapers Codex for 6th edition and getting the Chaos Marine update for Killzone sorted out, which I will release after the DA drop cause I will just update both armies simultaneously.

Here is a little more info on the upcoming Soul Reapers update; I have decided to completely abandon all the infantry entries from the Chaos Space marine codex. I know this is similar to what I have done in the past but now it will be everything. I will however still draw the standard Vehicles and Daemon Engines from the CSM codex when I have not altered them significantly.  Like the Land Raider will be drawn from the Reaper list as I have added a new weapons load out and gave it back its Infernal Device.

I have decided to not go the Helbrute route and stick with actual Dreadnoughts. However I will be using the Helbrute’s version of the “Crazed” special rule.

I have also expanded the Universal Rules that apply to the Soul Reapers. I incorporated the Legion rules for the World Eaters from Betrayal FW book. It makes sense since the majority of the Warband is drawn from the 12th Legion. The new rules are listed below:

Legacy of the Twelfth
Of all the Space Marine Legions the Twelfth were amongst the most feared, the mere whisper of their coming was enough to quell rebellion and send armies to flight in terror. Tales of their predations and massacres were numberless; their reputation as beasts, butchers and madmen whose fury is fueled by bloodshed is well deserved.

The Soul Reapers have continued this legacy for ten millennia, maintaining the martial prowess of the Twelfth, harkening to the days when they were at the height of their power.

All Soul Reapers units with the Legacy of the Twelfth rule are subject to the following special rules:

Fear is for the Weak: All units with the Legacy of the Twelfth special rule are Stubborn and may always attempt to regroup regardless of casualties.

Incarnate Violence: All units with the Legacy of the Twelfth special rule gain Furious Charge special rule once they have destroyed an enemy unit in close combat or forced one to fall back after a victorious assault phase. Place a marker next to the unit to mark that the unit has gained this bonus.

Bloodlust: After winning an assault all units with the Legacy of the Twelfth special rule must consolidate toward the nearest enemy unit that they can hurt. Should a unit with this special rule fail a moral test after being defeated in close combat, before rolling Fall Back, roll a D6. If the roll of a 1 the unit does not flee (counting as passing their moral test instead), but now become subject to the Rage special rule for the remainder of the battle. Place a marker next to the unit to mark that the unit has gained this bonus.

Until next time, may the dice gods be on your side!