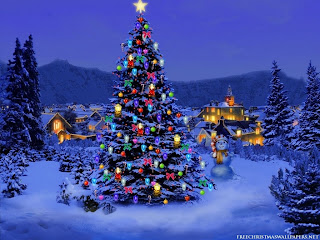 Hey all I want to wish you all a safe and happy holiday! I will be offline until after the new year, so Happy New year as well!

Also I would like to thank Mags and and the guys over on tabletop war for the Forge Fiend present!  I would also like to thank Troy for the Heresy era marines to start my World Eaters for 30k! Thanks again guys!

In the new year you can expect to see a resurgence of posts from me, including more updates to Killzone and the first version of the Soul Reapers mini-dex for 6th edition.


Here is the first installment of the BAO narrative events Back story.

A prelude to War

Varro the Forge Lord watched his allies’ ships burn as he stood on the command deck of the Slaughter class cruiser the Hateful Song. The reinforcements from Battlefleet Sargon had arrived and were decimating the Chaos Marine fleet. Denari would soon be firmly back under control of the Imperial forces, although the Ork threat will haunt them for generations.

He thought to himself “you served your purpose; I have what I came to Denari for, die well my twisted brothers.”

The Hateful Song was moving out-system using the systems asteroid belt to cover its exodus. Varro commanded the comms officer to contact the Warlord on the Eater of Souls immediately and relay the following message:

As the Hateful Song cleared the asteroid belt, Varro leaned back in the command thrown and voxed the navigator. “Set course for the Korath System; make transition to the Warp immediately.”

Sixty-four hours later the Hateful Song transitioned out of the Warp on the edge of the Korath System, the rendezvous point for all the ships Red Crusade fleet.

The Red Crusade had been organized and headed by the Warlord of the Soul Reapers, but the bulk of the participants were from other Traitor Warbands, many derived directly from the original Traitor Legions.

The previous battle on Denari was as much a distraction as it was a mission to capture the STC data for the Teleportarium. It would send the dogs of the Imperium rushing to a Sector that would be far from the actual fighting. For the Korath System is in the Seefra sector just beyond the fringes of Imperial space. The Astonomicon is very weak here making for reinforcement difficult at the best of times.

As the Hateful Song joined the armada Varro was impressed with how many of their Traitorous Brothers had answered the call. He was exceptionally pleased to see no less than twenty ships in the livery of the Iron Warriors. Their siege craft will be exceptionally helpful.

At the heart of the armada was the ancient battlebarge the Eater of Souls, flagship of Warlord Krüg the master of the Soul Reapers and Lord of this Crusade.

Surrounding the flagship in close proximity were four black ships so twisted that their original form was unrecognizable. They were daemon vessels each one carrying a herald representing each of the Dark Gods. These ships have been consecrated with the blood of thousands innocents as a means to anchor the Daemon herald’s of the gods to the material world for the duration of the campaign.

Varro arrived on the strategium of the Eater of Souls just as the Warlords war council was ending. Krüg’s blood was pumping fast through his twin hearts at the thought of conquest and bloodshed. Varro briefed Krüg on the Danari conflict and while Krüg was not happy at his forces being repelled from the world, at least his Forge Lord retrieved the STC data.

Varro went on the explain that he could retrofit a single Teleportarium on the Eater of Worlds with stolen parts from the Adeptus Mechanicus facility he had acquired on Denari. Krüg smiled manically at the thought of making precision teleportation strikes upon the weakling Imperium. “Make it happen, Varro and failure is not an option” growled Krüg.

Krüg strode onto the bridge of the Eater of Souls commanding the comms officer to send the following message:

**Priority One Alpha: Eater of Souls to the Void Raptor
Aris, set course to the Persiet System immediately! Scout the defensive capabilities of the system, with the fifth planet as a priority target.
End message**

No reply was sent or needed as Krüg watched the Void Raptor and her escorts head for the jump point on the left of the view screen. Krüg was lost in thought “the Seeker has been set to task, now I must consult Xusia to see what the old sorcerer’s foresight has in store for us.”
at December 05, 2012 No comments: