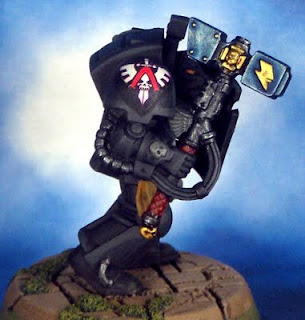 Success! It only took 10 tries, I had forgotten that you float the printable decals. There was also some odd red bleed into some of the "white" portions of the decals. I am going to need to clean this up.

I have one more issue to overcome with the decals, the morons sent me clear decal sheet instead of white sheet. So I am having to paint the decal area white before placement, Grrr.....

It'll take me the better part of today and tomorrow to get them all done, but the pic shows the effort will pay off. My Buddy Kev has offered to help get the rest of the decals done and cleaned up tomorrow, score!

The end result it pretty damned kool looking. I still need to clean up the shoulder pad around the icon, but this gives y'all a general idea of how nice it looks!
at June 26, 2011 3 comments: 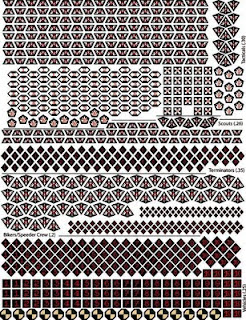 The series will be delayed one day since the replacement decal sheets have arrived and need some printing. I will be placing the Decals on the army and resume posting tomorrow.

Here is the third installment of the Angels of Vengeance! I had planned on breaking up the Terminator posts with the Bike squad, but the pics were bad, so I will re-shoot tonight.

The toughest part of painting this army was balancing the dark greys enough to still look like black armor. Since the goal was to have a nice looking high tabletop quality army I think they turned out nicely. Painting them en-mass like this has really taught me what not to do next time I have a shedload of black models to paint. 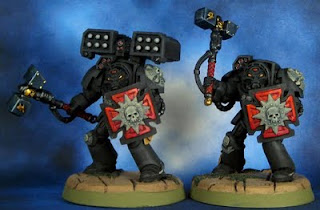 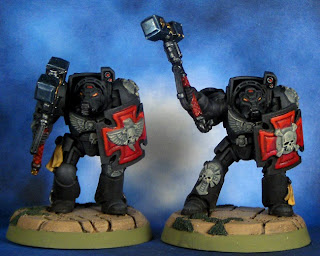 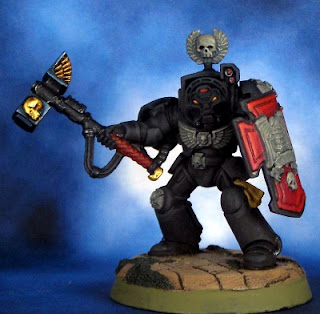 It figures I would screw up the scheduling of the 2nd post, geeze. Well here it is a day later than planned.

You’ll notice that the chapter badges are missing, this is due to a bad batch of decal paper. I will be sending a full set of decals to the client to put on himself when the replacement paper arrives.

With 35 Assault terminator models in the list I worked hard to have a variety of poses. 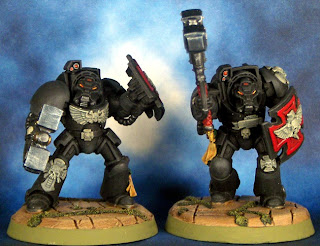 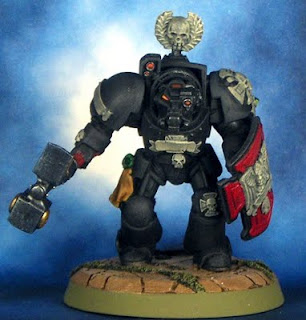 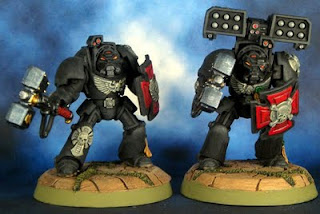 Over the next ten days I will be putting up pics of the completed Angels of Vengeance commission army I painted. I want to take this opportunity to apologize to my client, who has had his army delayed due to my life being a train wreck at the moment. At the same time I want to thank him for his patients during my time of crisis.

So here is the first squad of Thunderhammer and Stormshield Terminators. 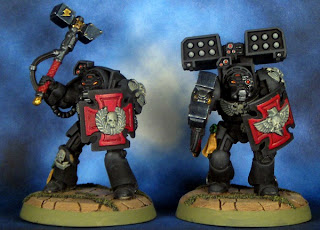 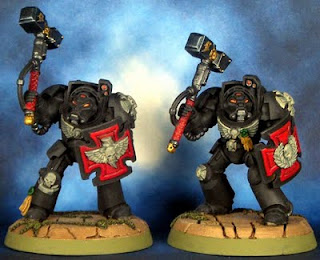 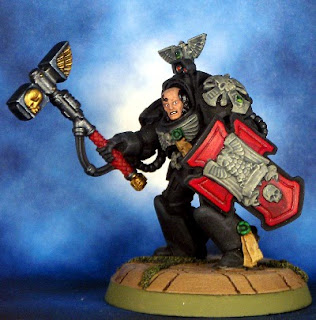 Sorry the blog has been so quiet, I have had family, work and other real life issues crop up. It has been hard enough to keep up with being part of Deepstrike Radio and my responsibilities on TCP, that I let the blog slip for the last couple of months. I do apologize.

I am putting the final touches on the Angels of Vengeance commission army I have been working on, and should be getting some pics up this weekend or early next week.

I am having to build a dedicated photo area since my shiny new digital SLR requires a tripod to shoot effective Macros.

In other news, Killzone will be getting a rules update next week with the Grey Knight FAQ coming soon after.

Warpath Sci-fi coming from Mantic in the fall

Hot off the Beasts of War Turn 8 live show.

Mantic's sci-fi game called "Warpath" will be released in October!

A Beta test version of the rules will be released this summer for public testing. I believe that is was said that 3 Armies will come with the public beta

Beasts of War will have a Warpath week coming soon.

There will be at least 8 races, and "you don't talk about race eight", there will possibly be 12 races!

Ronnie from Mantic even whispered space dwarves and space orcs! So those could be two of the races!

I cannot express how stoked I am about this news! Sorry for the lack of posts I am outta town due to family commitments, I'll be home Monday and things should be getting back to normal.
at June 02, 2011 6 comments: