Here are the completed models for month one of the challenge. Unfortunately mine are not here my camera is so jacked up I need to pick a new one up next week cause it will be cheaper than fixing the old one.

Fist up we have Talos' ginormous pledge! 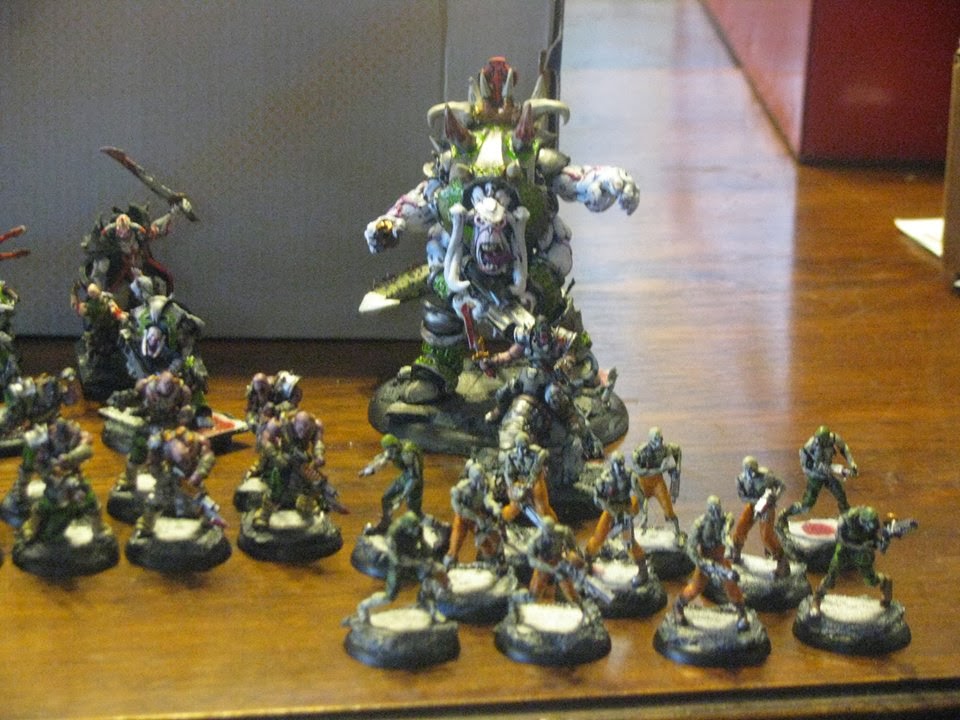 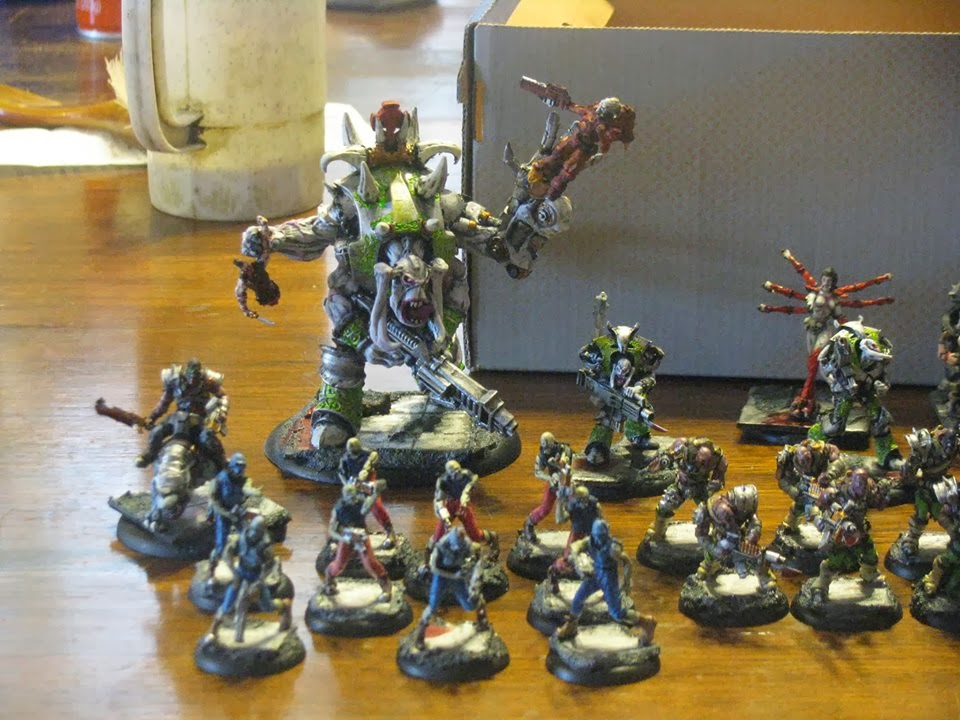 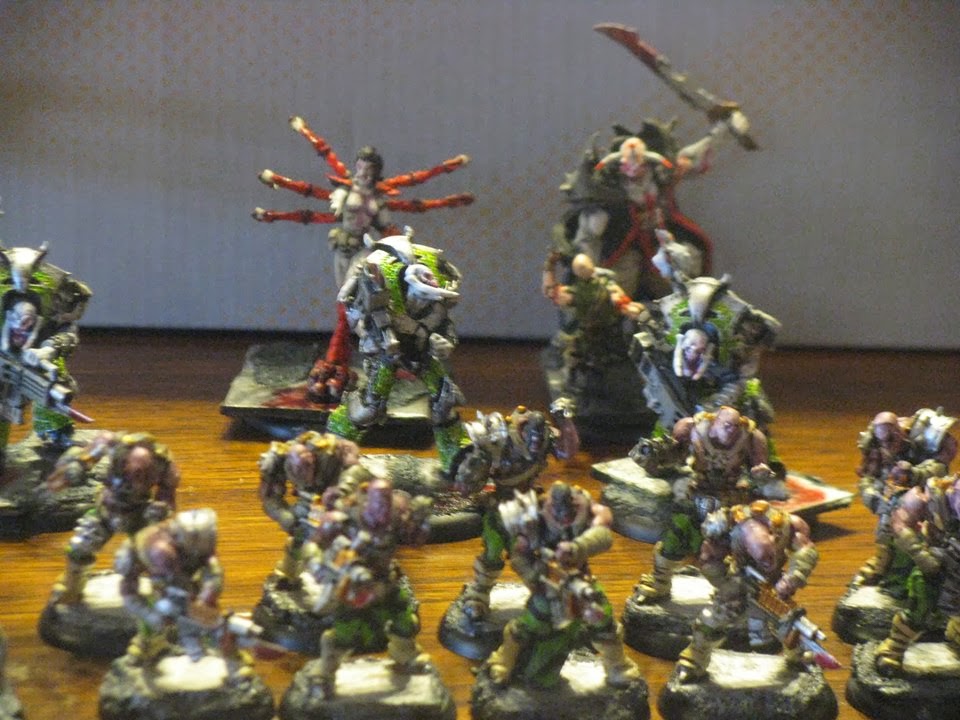 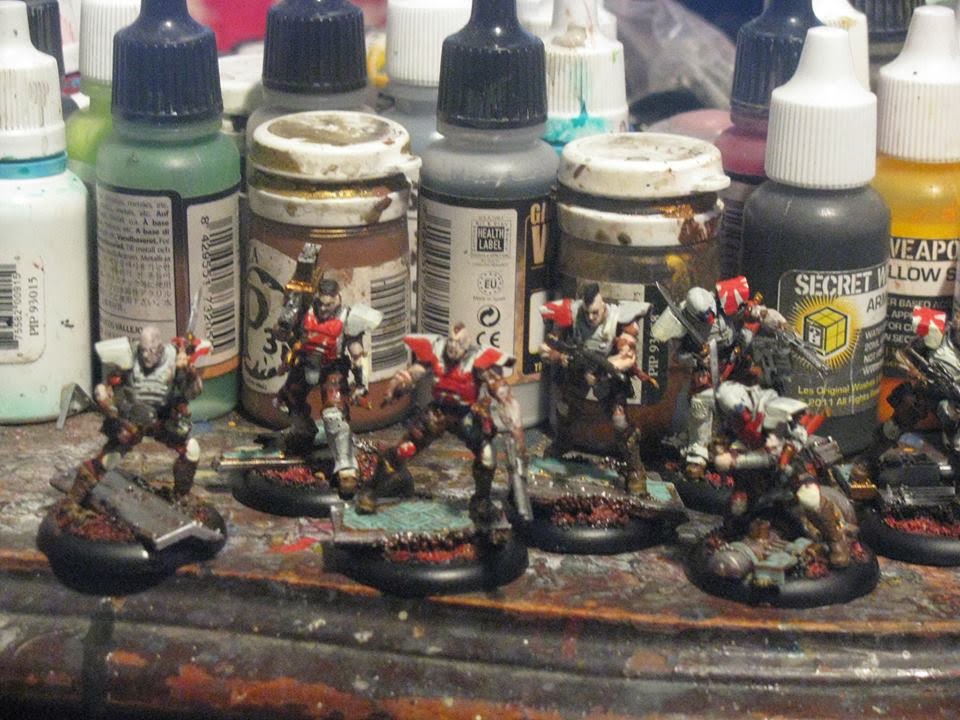 Next we have Paul's Capitol 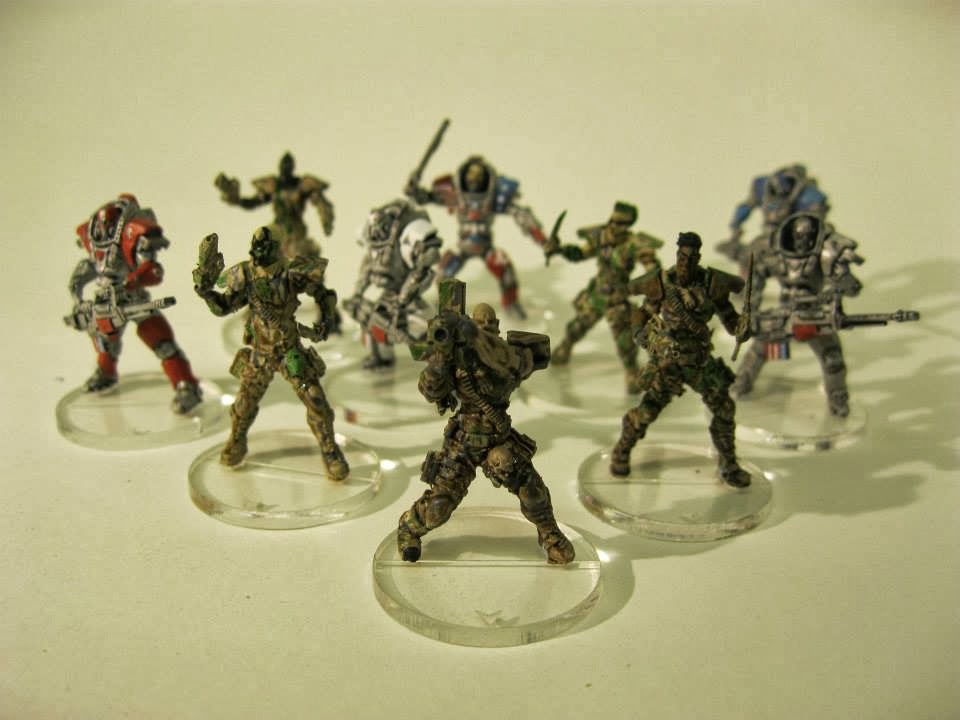 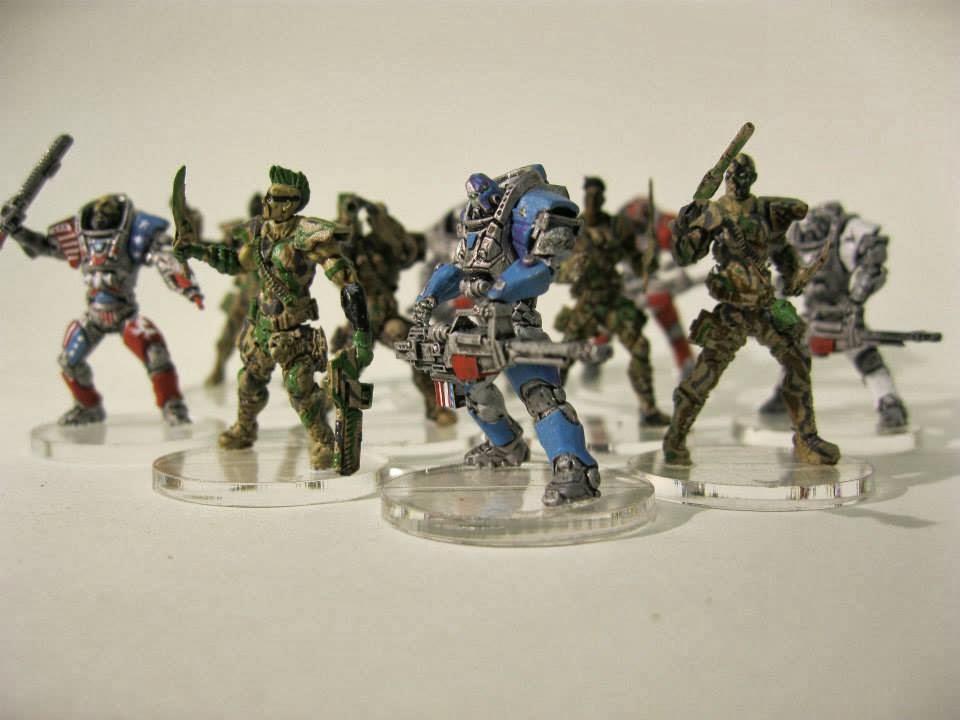 Klas' Capitol wrap us up this month! 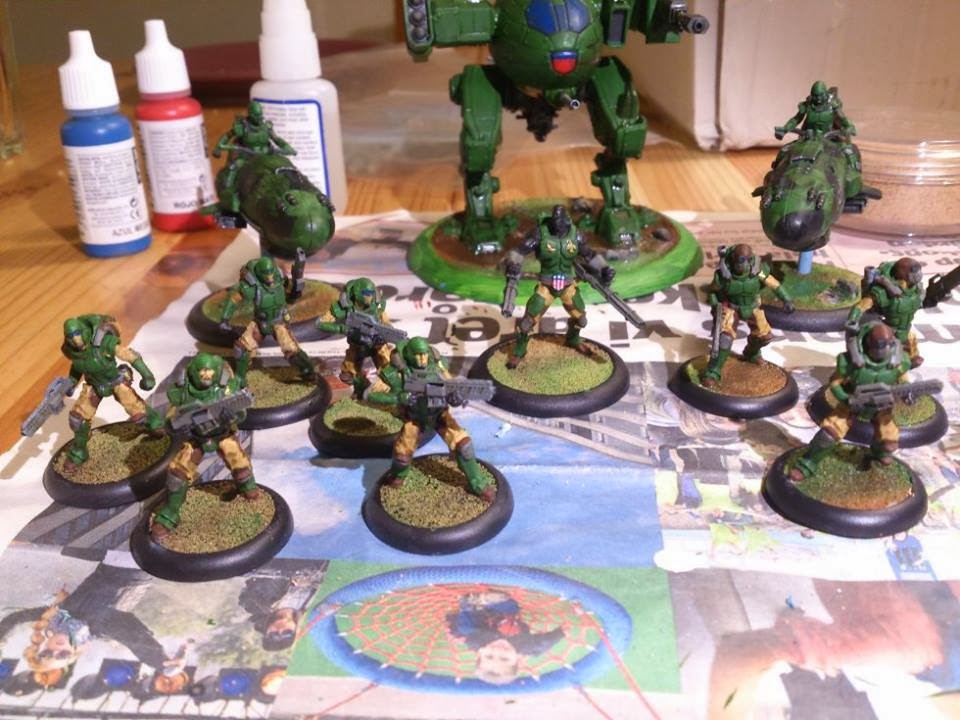 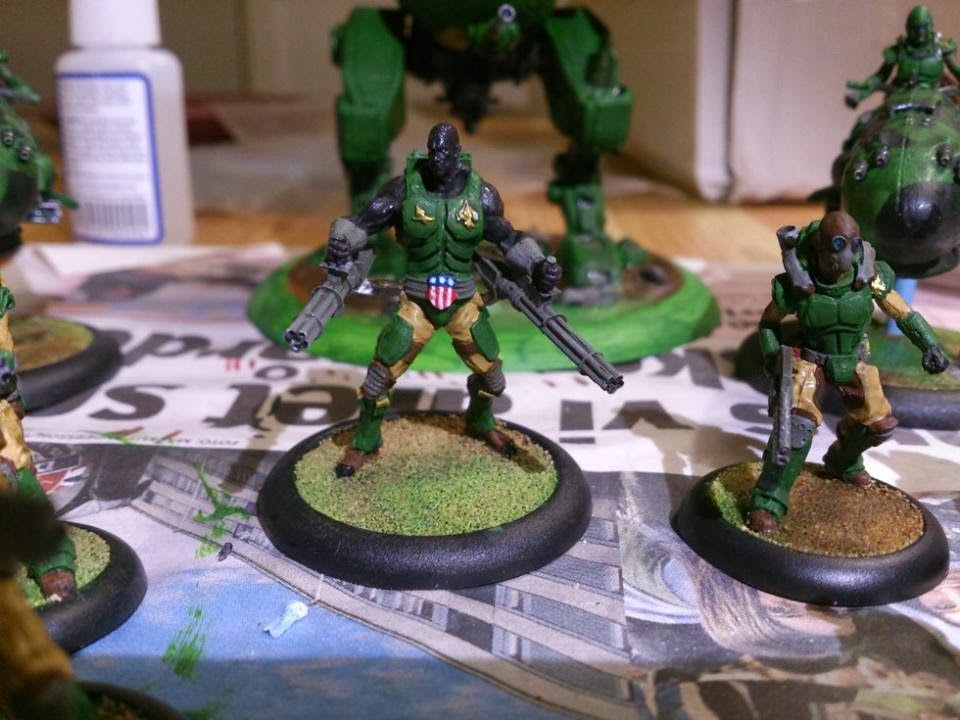 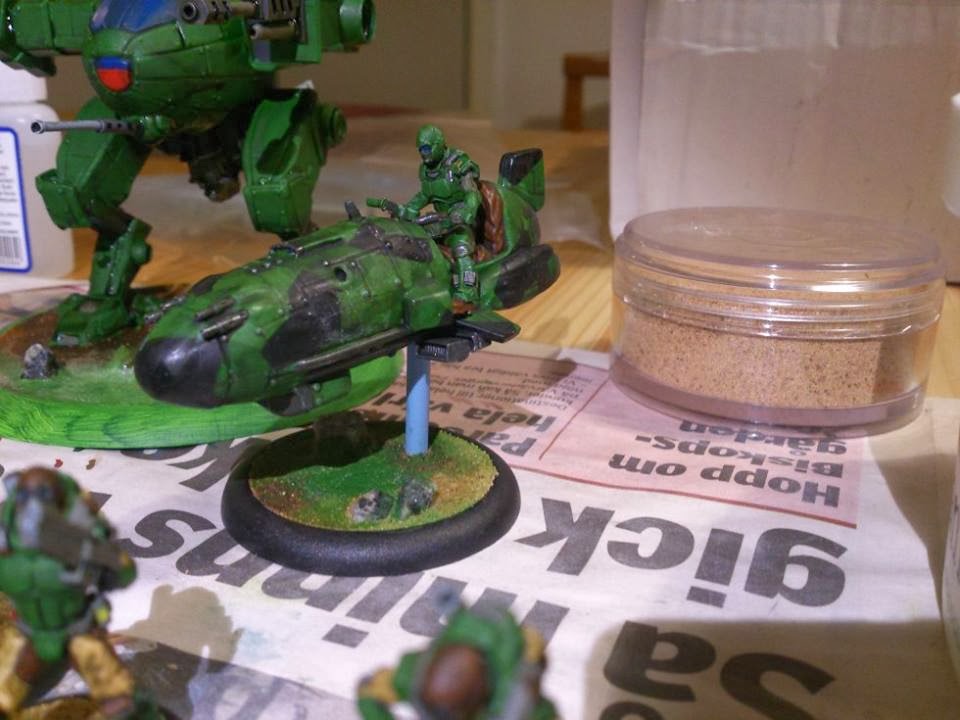 Until next time Keep your powder dry and lead flying!

Hey guys I am happy to announce that by late March Spec Ops Killzone will be fully updated to 6th ed. The Codex Operatives has been woefully out of date, but fear not I have two very good friends that will be sitting down with me to make sure that this update happens so going forward updates won't be such a daunting task!

Until next time, keep your powder dry and lead flying!
at February 19, 2014 4 comments: Due to a comedy of events, I am extending the deadline for Januarys challenge. Next Wed the 19th will be the new deadline.

My camera has its shutter jammed for some reason and it is not in the shop being fixed. Plus if I am being honest I did not completely finish my pledge as well, since still I need to finish all my bases today.
at February 12, 2014 No comments:

The importance of terrain in skirmish games

What makes skirmish games different from other miniature tabletop games is the way your models interact with the terrain on the tabletop. Experienced skirmish gamers know that terrain is an extremely important part of having a successful game. It is important to have multiple levels of terrain and having places to hide are both very important; it also adds a very realistic feeling.
Your strategy should evolve from the terrain present in your game. Having multiple levels of terrain makes the game interesting and adds to your strategy. There is nothing more realistic and evocative than placing a sniper on the highest point on the board with a good viewpoint of the tabletop. Plus from this vantage point he may be able to ignore some terrain since at this elevation the terrain may be too low to affect the snipers shots as you are looking at your target from above.

My general rule of thumb when setting up a skirmish gaming table it to make sure that at least 60% of the surface area is covered in terrain of some sort! With this terrain density you can get a really great tactically deep game.

No matter in what kind of terrain your game is taking place on you should always have plenty of cover. If you are playing on ruined city streets you should be able to gain cover peeking around corners or hiding behind piles of rubble. Realistically you want to have protection for incoming fire. It is almost always better to get your models into cover suffering any movement penalties than to stay out in the open to move at your full move rate. In my opinion it is better to play smart using every ounce of cover to your advantage than to rush in and get your units killed.
Another fantastic thing about skirmish gaming terrain is that if you are a clever modeler you can have close quarters firefights within buildings. Fighting room by room is a fantastically tense and fun thing to do in skirmish gaming. It can be done with battle level games but is not very practical to do well above the skirmish level.

Until next time, keep your powder dry and lead flying!
at February 06, 2014 No comments:

Why you should consider skirmish gaming


This is a re-post from my article yesterday on Dark Future Gaming:

Skirmish games are typically played with small armies of miniatures ranging from 5-30 miniatures per side. This makes entry into a skirmish game really easy. The games themselves are usually more detail oriented mechanics wise as well; because the forces are smaller the complexity of the game can be increased without bogging down gameplay.

Macro skirmish games are the ones where your force is made up between 15 to around 30 models, sometimes the models act as units and the better ones allow models to act on their own even if part of a unit. These types of games can run anywhere from an hour to ninety minutes depending on the complexity of the system.
Scaleable skirmish games are my favorite by far as they straddle the line between Micro and Macro games. This allows you the gamer to choose how small or large you want your games to be. Both versions of Killzone and Warzone are all Scaleable skirmish games!
So to answer my own question “why skirmish gaming?” it is the easy entry in monetary and hobby outlay; with the added benefit of having fast paces small games that do not take up a lot of time. Sometimes it is just nice to have a force for a game that is painted to a higher standard than you would never consider doing in an army level game like 40k. Plus on top of that you can also go to town converting and modeling your minis to make each one be unique from the rest; this is actually one of my favorite things about skirmish.

Skirmish games also tent to be much more tactical in the gameplay, since you do not have the resources to just throw away a unit, you must seriously consider each of your actions to effectively use your units to complete the mission at hand.

Another thing that is really cool is the terrain making opportunities that you have with skirmish gaming that would just be impractical in a battle game (like 40k) setting. Terrain is also infinitely more important in a skirmish game than a battle one; if you play a skirmish game on a standard 25% terrain 40k table it will devolve into a shooting gallery and the side with the strongest shooting will typically run rough shod over other lists.

In my next post I will cover the importance of terrain in skirmish gaming.

Until Next time, keep your powder dry and lead flying!
at February 03, 2014 2 comments:

Prodos Games has hired studio painters and has been previewing their work on Facebook. As they get ready for Warzone's retail launch the word from Prodos is that there is going to be a complete overhaul of the website and webstore within the next 2-3 weeks! These previews really sell the models and showcases the detail of the sculpts! 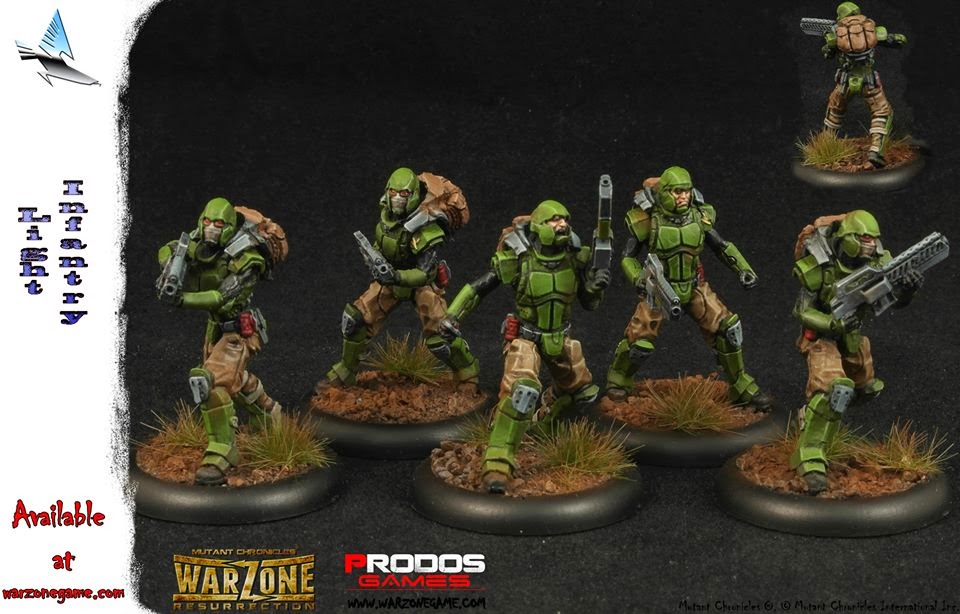 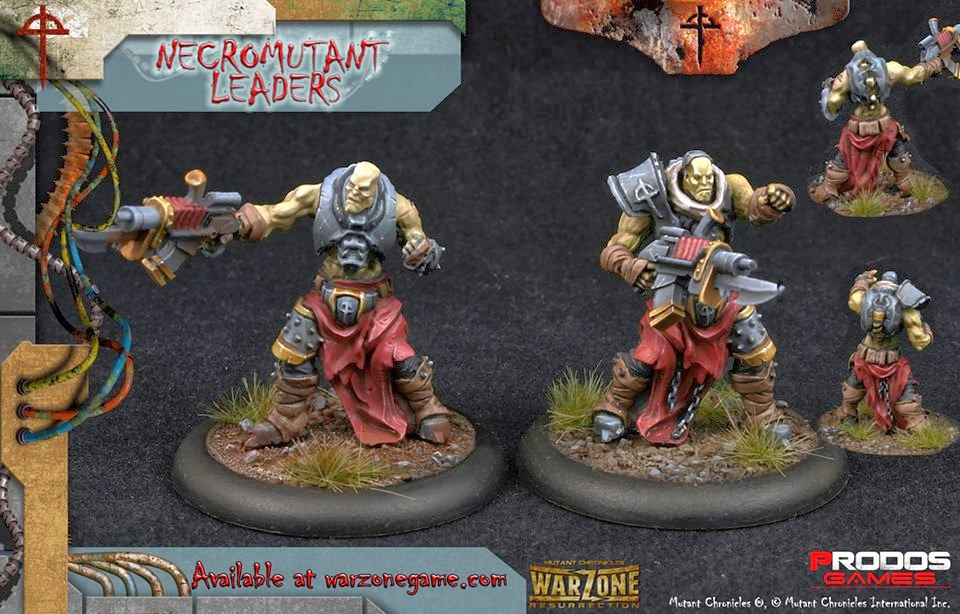 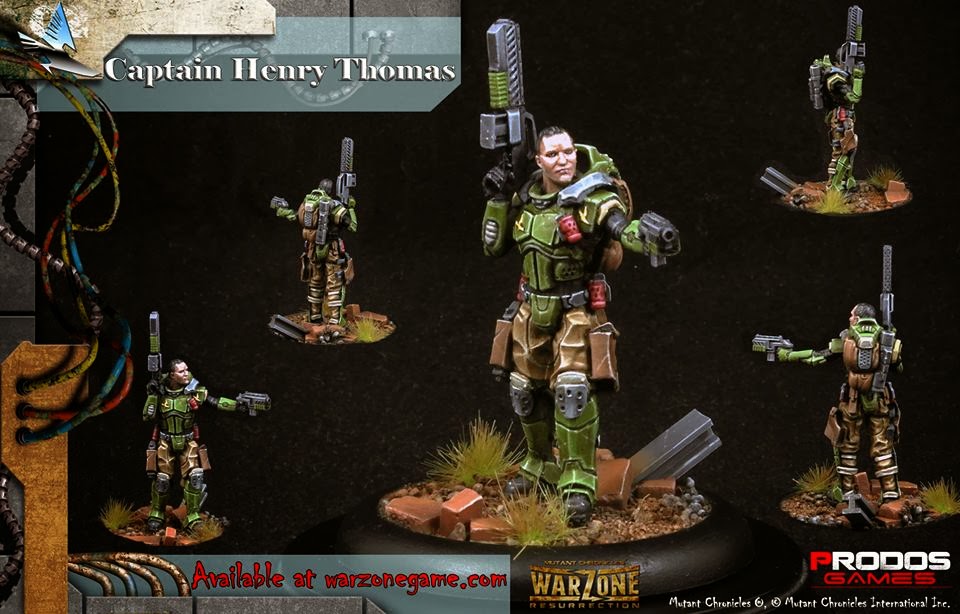 Until next time, keep your powder dry and lead flying!
at February 02, 2014 No comments: