I've been tinkering with my Wolves. I'm in the process of converting up 8 Grey Hunters in Mk IV armor.

Here is a mock up of my first Wolf Guard who will accompany the first Grey Hunters Pack. 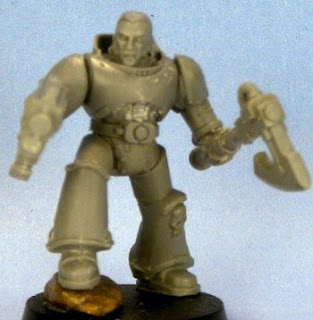 He will be getting more hair on his head, a goatee, Mk VI cabling on his torso and some Wolf Bling like tails and teeth. Sorry for the quick and slightly blurry pic.
at April 30, 2009 No comments:

It looked like it could be relatively easy if I could figure out the correct arms for the task. So I began the task of clipping one set of each of the six different pairs of Marine Bolter arms three Imperial and three Chaos.

I found the perfect arms for this task; they are the bolter arms holding the gun at an upward angle. I don’t have a spare set of the uncut Chaos arms to take a pic of, but they re the easiest to distinguish. It is the set of arms with the spikes in the back if the hands.

Here’s a pic of the Imperial marine arms they are much more difficult to identify. I found it easiest to test fit them to a built chest. 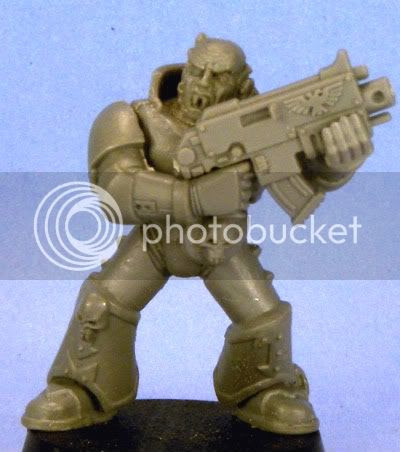 Now that we've chosen the correct arms we need to cut off the hands at the wrists for repositioning. Carefully cut the hands as strait as possible at the wrist joint.

Next we need to pin the hands back on the wrists. For this I use lead floral wire because it’s easy to cut and bendable incase you need a little repositioning.

I temporarily mounted the arms to the chest using Hobbytac it’s very thick PVA glue. This will enable you to correctly position the hands while you pin and glue them in place.

I started with the right hand this being the most important hand to get correct. I glued it in position then checked it with a bolter to see if it was relatively leveled. Once I was happy with the position I added the left arm to the model, again checking the position with a bolter. 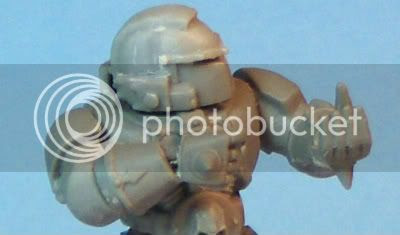 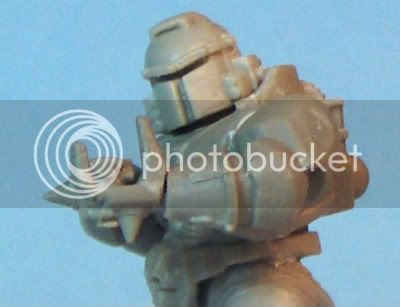 Once the glue is dry on the hands we are ready to fill in the spaces left from our repositioning. I took a small ball of green stuff and carefully filled the right wrist. I made sure the green stuff was smooth then I created that soft armor look that you see in the hip and knee joints.

For the left hand the gap was relatively small so I opted to just fill it and make it smooth. It in an obscured location I doubt anyone will notice

Now you’ve got yourself a marine who’s aiming to smite his foes! 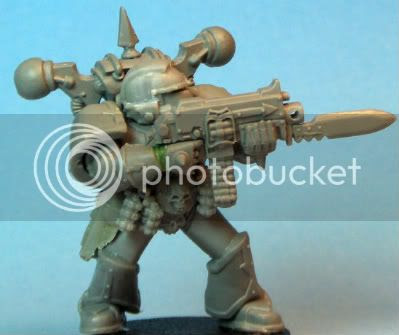 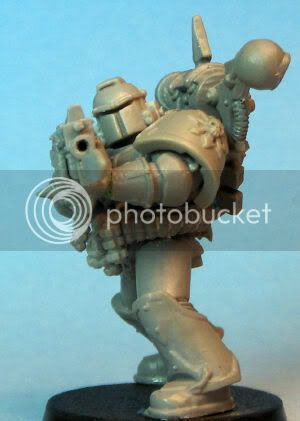 Email ThisBlogThis!Share to TwitterShare to FacebookShare to Pinterest
Labels: Tutorials

Here is the finished Oblit conversion. I still need to drill out the barrels and then start slinging paint. 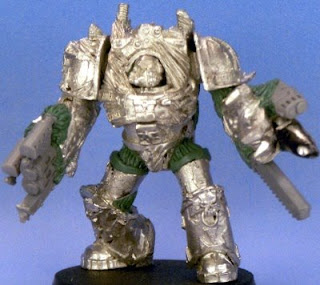 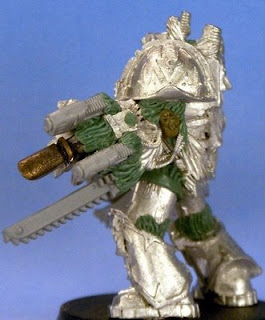 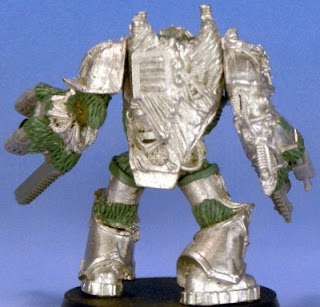 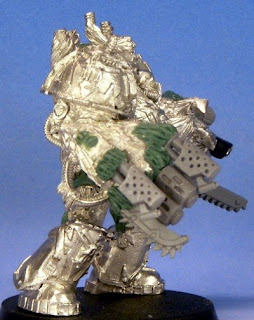