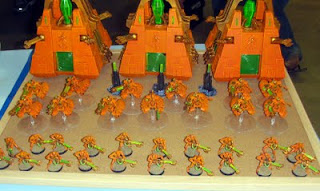 The above pic is my vote for most gutsy player, Necrons in a Zero-comp event!
The GT is over and I am absolutely beat, who knew that just taking pictures could be so exhausting! Reece and the rest of Team Zero Comp put on an outstanding event, congrats guys and gals!

There were tournaments for 40K, WFB and Warmachine. I will be covering some of the 40k stuff here.

The tables were really good for the most part, a few were a little sparse but even at that better than most Tourneys I have ever been too.

What was really awesome is that for the event being a tournament, everyone was extremely friendly and all around great guys. I am gonna go out on a limb here and say that I think it was the whole zero army composition and strait win loss scoring style of the event.

I will do a few more posts about this before the week is done. I have tons of Photo editing to do catch y'all later!

Here are a few pics to tied you over 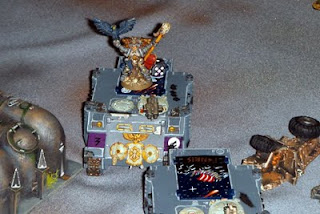 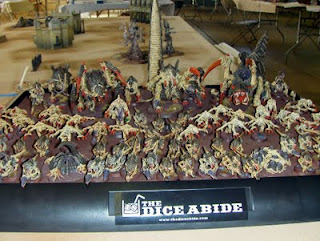 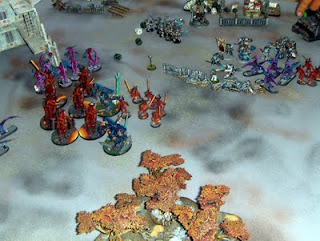