8 Days of Warzone Resurrection: The Brotherhood


When the worlds of man were faced with the threat of destruction at the hands of the Dark Legion and the avarice of their own warring superpowers, it was the Brotherhood who saved them. It was the Brotherhood that had grown from a small movement of the disenfranchised into an organization more powerful than any other before it. Within its ranks existed the righteousness and the hope of a race on the brink of extinction.

In that dark and Godless time, salvation was borne on the shoulders of one man and the desperate pleas of a race, weary of the constant slaughter, received hope. Humanity rallied under the banner of the charismatic Durand, the followers of the Light united humanity as they had never been before and drove back the Darkness. Today, the Brotherhood is represented across the solar system, from Mercury to the distant Pluto.

Wherever the light of the Brotherhood falls, the battle against the Darkness continues. At least that is how it's supposed to be. Even today, a thousand plus years later, the Brotherhood represents an all governing, unearthly power that is personified by one man.

The Cardinal is the spiritual leader of the solar system. In fact, he is the single most powerful man alive, commanding immense loyalty, military might and mysterious power. Aiding the Cardinal in his sacred mission, deep within the vast libraries of the Brotherhood's cathedrals, the Mystics endlessly search into both the past and the ever-changing future to find the answers to lead humanity back into the light.

To do battle against the Dark Legion, the original Cardinal created a mighty sword from his followers so resolute in their purpose, so dedicated to their holy task that they would scour the solar system to insure the Darkness could never return. They would drive the forces of evil back and once defeated, they would maintain a vigil to protect the very soul of humanity from the corruption within. This sword was anointed by the Inquisition and for over a thousand years, this institution has sought to cleanse our solar system of the festering evil that can be found both in the worlds of humanity and stand ready to defend mankind from the cold wastes of Pluto and Uranus to the scorching deserts of Mars and Mercury. They remain forever vigilant. 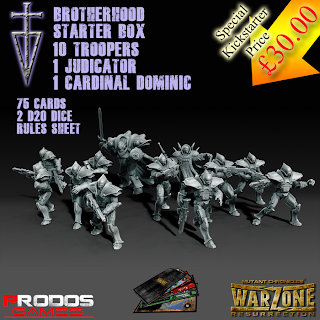 Here are the units available so far. 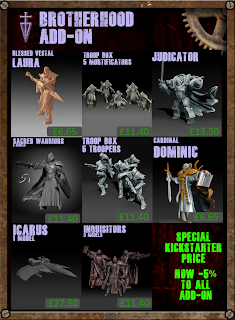 Some close ups of some favorites: 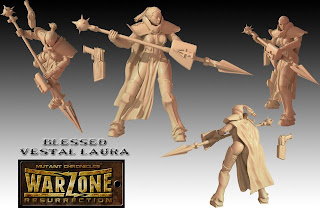 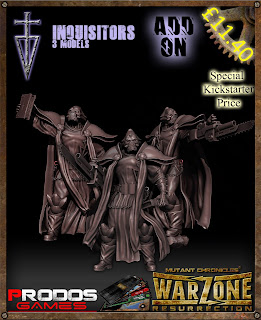 I love games with religious zealots, and will always collect a smattering for narrative play.