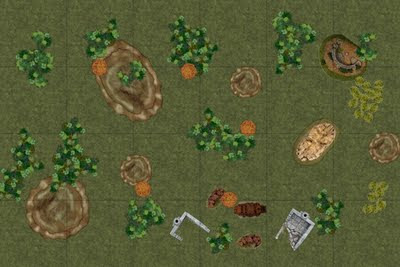 Here are the basics for all Tabletop play. The actual playing a game section is vague as the real meat of gameplay comes from the scenario being used.

Pick a game size:
You should prearrange the size and scope of the game being played. How many Teams are you going to use in your Special Operations Group and what is the point limit?

Random Mission or Campaign game:
Determine which Mission is being played and whether it is going to be a one off game or part of a larger campaign storyline.

Missions can be determined by random dice rolls, using the 'special' mission cards from the final PDF, or by mutual agreement.

Secondary Objectives:
You must decide if you are going to use the secondary objectives in your game.

A the secret objective card is drawn to determine what the bonus mission is for each team in your Spec Ops Group. These cards are kept secret and are only revealed at the end of the game.

Shuffle the deck then draw a card; the card is kept secret until it is used.

Play the game:
After all the above is worked out play your mission to it's conclusion.

Ending the Game:
Although there will be other things that can trigger a game to end in some of the Scenarios being played. The following will always end the game.

Once a team is reduced to 25% (rounding up) of its starting model count it must take a leadership test at the beginning of each of its turns, if it passes it continues to function as normal. The test is taken on the team leaders LD stat, if he is dead it is on the highest LD left in the team. If the team fails its leadership test the team routes and the game ends.(Even teams comprised completely of Fearless models will route, so must take the break tests when reduced to 25%)

Determining a Winner:
Killzone uses what are called Mission Points to determine which side wins. Just forcing your opponent to break and rout off the battlefield does not mean that you won. These can be gained by completing objectives, and killing your opponents models.

Typically a model is worth half its value rounding up in Mission Points. Some scenarios change these parameters and any changes will be outlined in the mission briefing.

Starting tomorrow I will be posting twice a day as I work my way through the Scenarios. The fist post should go up around 9 AM PST and the second around 5 PM PST. Make sure to check them out and give your feedback!
at July 28, 2010