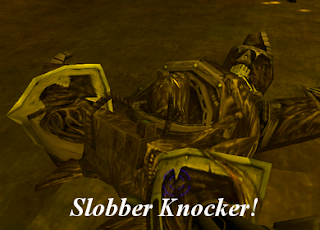 Mags and I threw down on Friday night, it was a total slobber knocker! The game was Dawn of War Annihilation. I had changed up my list to include Eris the Seeker, to allow me to Outflank with my transports in an attempt to survive the Alpha Strike of Mags' Razor-Angels. I appologize in advance for the unpainted minis, I am in the process of remounting 90% of my army on custom bases, plus my airbrush died and I started a new job this week. I do champion fully painted gaming, but did not want to proxy for this challenge game. (if I had sure they would have been painted but they would have also been a mishmash of cult troops) BTW, the crow tastes ok with a little salt. ;) 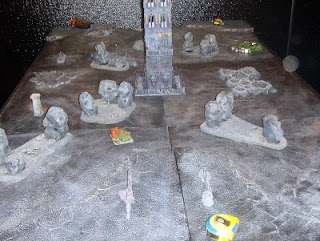 Table and Deployment, I chose to outflank with the Troops in the Rhinos. 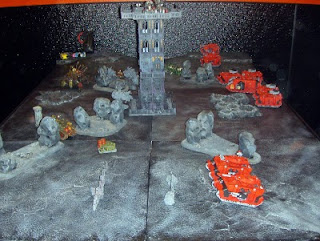 Bottom of turn one. We both jockey for position. 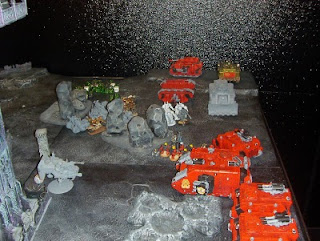 Top of turn two, I got both the troops squads in on outflank and the Terminators made a good Deepstike. The bikers nuked the Baal Pred, Terminators killed a Razorback, both the Landspeeder and regular Reaper squad wiffed their shooting. The six turn Predator Duel begins on the right flank. 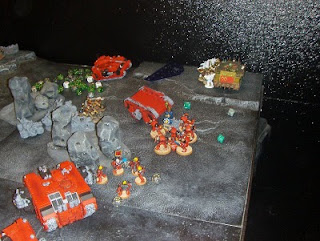 Bottom of two, I lost both Rhinos to shooting and lost the MM on the Speeder. During the Assault phase I lost the Terminators and the Reavers were almost annihilated too. Those damn Assault Terms are brutal. 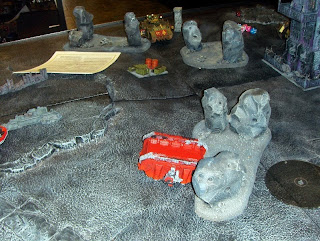 Top of three, the dakka Pred kills the Baal Pred on the right flank. The Bikers kill the normal Pred on the left flank. Xusia Rocks two of the Razorbacks with Chain Lightning, Immobilizing one and dual weapon destroyed on the second causing it to also be immobilized. The Defiler Kills a Razorback and finally the Speeder flames some Marines for no effect. The Reaver champ goes down in the assault phase. 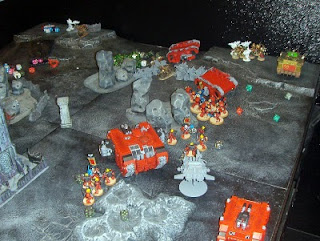 Bottom of three, Mags fires a crapton of shots at the speeder but fails to kill the darned thing. (he must of gotten at least 20 hits and almost that many ones.) He shoots at the Defiler and fails to harm it. The Speeder finally goes down. The Pred dual continues, but I cannot shoot next turn. The Assault Terminators annihilate the Bike squad and Eris. 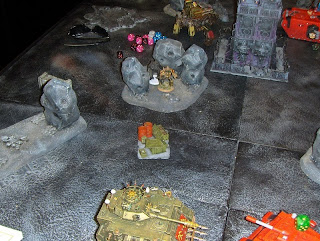 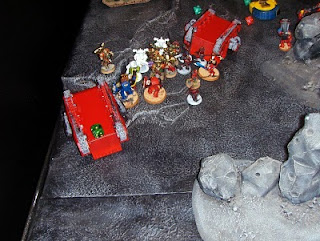 Top of four, I finally get the Oblits and Lesser Daemons from reserve. The Oblits mishap and Mags decides to put them in terrain almost out of the battle. They both survive the landing. The Oblits shoot and wiff against the last Angels Pred. The Defiler shoots the battlecannon at the last gun toting Razorback doing nothing. The last Soul Reaper marines squad, Xusia and the lesser daemons assault the Terminators; the combat is a draw. 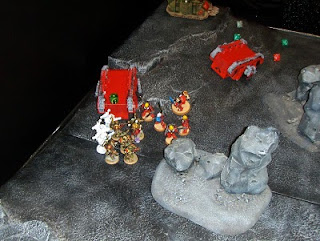 The bottom of four, has uneventful shooting, but sees the end of the Assault terminators, the Angles do win the combat due to the assault squad the charged in with furious charge who killed 5 of the Daemons. Xusia and the Soul Reapers squad lose combat and are forced to fall back on a result of boxcars on the dice. 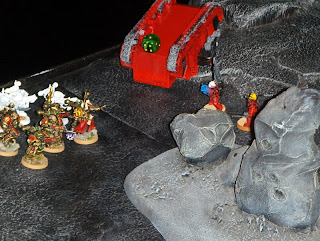 Top of five, Xusia and crew fall back 4 inches, dang! During shooting they kill 3 of the assault marines that are escorting them off the table. The defiler kills 4 Marines with the battle cannon. The Pred dual continues. The Oblits move forward and take ineffective shots at the Land Raider.

Bottom of five sees the Land Raider move to keep Xusia and co. falling back.

Game goes to turn six and it sees the end of the deifiler on the bottom of the turn.

I must admit I got totally mauled by the Assault Terminators. They are ridiculously brutal with the attached Libby and Sang Priest. They ate three of my squads and if it weren't for Xusia they would have eaten a 4th.

The game was very close right up to the very end; we went 6 turns. In the end I lost by 2 kill points.

Thanks for the great game!

Mags and I sat down and discussed the power level of the Soul Reapers after the game. Being as this was the first time I have taken the Reapers against a really competitive list, there is definitely a lack of competitive power.

While almost nobody fairs well against Assault Terminators, we both feel that in the assault the Reapers need some better force multipliers added by the Apostles and Harbingers. I had already been looking at revamping the Harbingers now that the BA's have been out for a few months.

So you can expect to see some tweaks to the Soul Reapers Mini-dex in the near future.
at October 04, 2010