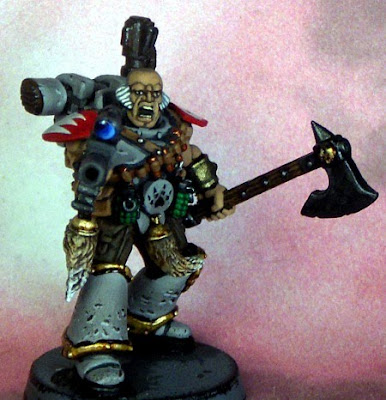 I have combined all the basic rules into a PDF for download. This should make it easier to find the pertinent changes to try the rules out. Keep in mind that this is still a work in progress project.

Playtest Scenario
For the initial playtests, I suggest using the following scenario: place 5 objectives on the table, one in the center of the table and one centered in each table quarter.

Deploy your Teams within 8 inches of your table edge. Infiltrators may not be deployed within 12 inches of an enemy model or within 4 inches of an objective.

Ending the Scenario
The player controlling the 3 or more uncontested objectives after turn 5 five ends the game. Gaining a 20 Mission Point advantage.

Or
Once a team is reduced to 25% (rounding up) of its starting model count it must take a leadership test at the beginning of each of its turns, if it passes it continues to function as normal. The test is taken on the team leaders LD stat, if he is dead it is on the highest LD left in the team. If the team fails its leadership test the team routes and the game ends.(Even teams comprised completely of Fearless models will route, so must take the break tests when reduced to 25%)

Determining a Winner:
Killzone uses what are called Mission Points to determine which side wins. Just forcing your opponent to break and rout off the battlefield does not mean that you won. These can be gained by completing objectives, and killing your opponents models.

A model is worth half its value rounding up in Mission Points. Some scenarios change these parameters and any changes will be outlined in the mission briefing.
at August 12, 2010