This week in the Killzone: playtesting, more rules and Podcast mentions 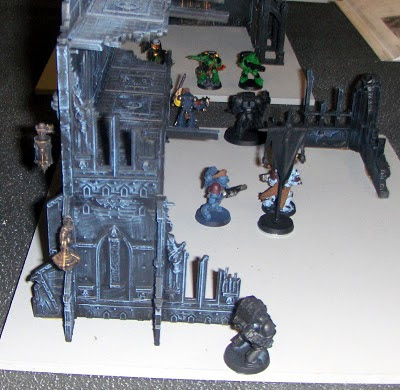 First up I would like to apologize for reigning the Scenario releases in. I needed to focus on looking at the oddities in the different armies created by killzone.

This week I will start coverage of each codex and the little quirks that need changing to operate properly in Killzone games.

I will be covering things other things like unit upgrades like Chaos Icons or Wolf Standards and their effects in KIllzone too. I will also be introducing you to the counter charge mechanic for your Killzone games.

I played about 8 games of Killzone this week, it has been a blast. We keep finding little things that need addressing so the playtesting is actually working.

I went down yesterday and played some Killzone with Carl and Geoff from the Independent Characters Podcast we had a lot of fun. Again we found a few issues that need resolving.

I Talked about Killzone along with progressing as a hobbyist on their podcast. It was a blast so go check it out!

Also this week the 11th Company with Neil and Pat discussed small scale 40k games, with a good discussion of Killzone. To top it off 'Cheating' Steve even talks bout a game he played with against Pat using the Killzone rules.

I am pleasantly surprised how well this project is being received. I really want to thank you all for the continued support!