Killzone: working on the errata and new things to add 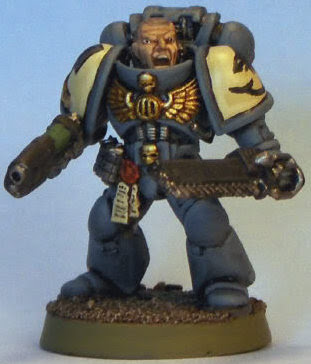 I am currently working on the codex Space Marine, Space Wolf and Blood Angels Killzone errata/FAQ's. Man finding the issues for these errata/FAQ's is turning out to be quite a hefty task.

I would really appreciate any help you guys could give me in finding these issues in the other lists. Otherwise it is gonna be a long time before I will be able to get the playtest version of the rules up.

Any help with the following books would be great.

Email the list of quirky things and any suggestions to me. (galaxynflamesblog@gmail.com)

Here are a few things to be added to the basic rules.
Psykers: No Psykers of any kind may be used in Killzone.

3 Wound Models: No model may have more than 3 wounds in Killzone.

Reactive Assault: When a model is assaulted any friendly models withing 3 inches may choose to counter assault to aid their comrade. To do this they must pass a leadership test, if they succeed they charge into combat, They do not gain the +1 attack for assaulting unless they have the Counter Attack USR.

Team Leader: Pick one model from your team to be the team leader, preferably the model with the highest leadership. All models within 6 inches may test on his leadership. This model gains +1 wound if he only has one in his base stats; if the model has more than one wound already it gains +1 attack instead.

Area Effect: There are many items in 40k that are carried by one model and effect the whole unit that they are part of or attached to. These items don't work properly in Killzone without some tweaking. These items will have an area effect in games of Killzone. Any friendly model within 6 inches of a model carrying one of these items gains the benefits from the item.

Things that may be added:
Rock and Roll: Any Infantry model that does not move may double their weapons rate of fire this turn, however they suffer a -1 to all their to hit rolls. For example a Marine armed with a bolter could fire twice at 24 inches or fire 4 times under 12 inches.

Defensive Fire: Any model that did not run, shoot or participate in an assault in it's player turn and is within 3 inches of an objective may use Defensive fire in its opponents player turn. If an enemy model moves within 6 inches of a model that can use defensive fire; the model may shoot at its enemy with a -1 to all its to hit rolls. You may only defensive fire one time, so if you are being overrun life stinks!

Plasma Pistols: I may universally lower the cost of Plasma Pistols to 10 points for BS4 or higher models and 5 points for a BS3 or lower models. (In my opinion PP's are way overpriced for a one shot a turn weapon that can kill its owner.)

Sons of Taurus gave this as an option for plasma pistols:

Plasma: instead of lowering cost, maybe just get rid of gets hot? The spec ops guys can be equipped with better gear

Which of the two options would you prefer, if you were choosing?
at August 03, 2010